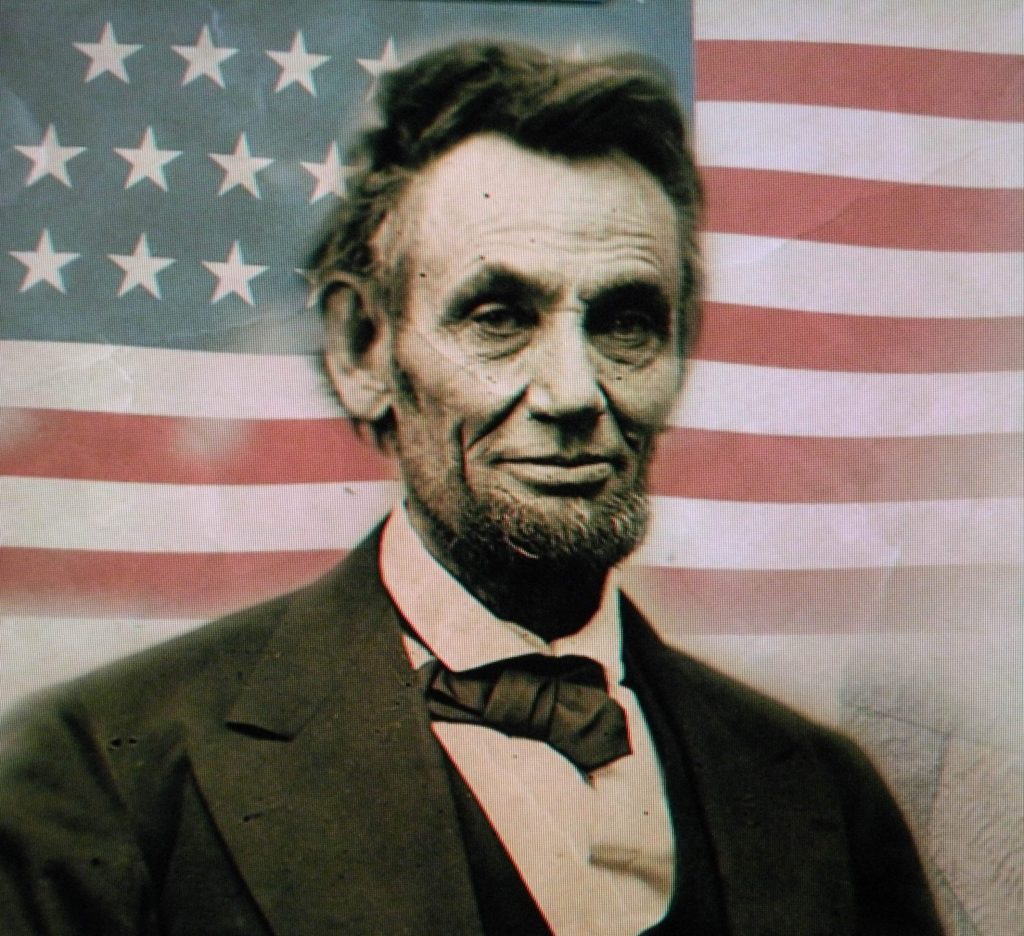 Whenever I’ve visited Washington, D.C., touring the monuments and the Smithsonian museums has been a thrill and an education. But even though I’ve walked past the White House and the buildings that house many of our federal agencies, I’ve never actually been inside them. Even if I had, I’d probably never learn the things I did from writer/journalist Michael Lewis.

The U.S. Department of Agriculture has an even bigger budget than the Department of Energy–$164 billion vs. $30 billion in 2016–so it makes sense that somebody or many somebodies would want to take a magnifying glass to all the line items. But why leave that job solely in the hands of the politicians? I imagine that’s what Michael Lewis thought when he let his curiosity lead him through the labyrinth halls of the D.O.E. and the U.S.D.A. He reported back in the pages of Vanity Fair magazine in September, and then again in this month’s issue to talk Agriculture.

In another writer’s hands, the two stories might have turned into a big yawn. But remember, Michael Lewis is the guy who turned boring nouns like Sub-prime Loans and Credit Default Swaps into a roller-coaster ride of a story in his non-fiction book The Big Short. The movie version came out two short years ago. A lot has happened since. And, if you’re currently disgusted by the non-stop headlines about VIP sexual predators/harassers who’ve been getting away with it for years (some of whom are now dropping like mosquitos), here’s your chance to read about a few good men (and women) and learn something about the U.S.D.A.

Why am I writing about this in a blog dedicated to the arts? After seeing the film Dunkirk, which I discussed back in August, I promised myself (and you, too, dear reader) to stay focused on the Big Picture. Obviously Vanity Fair enjoys a much bigger readership than I do, but even people who read the magazine may not have had time to delve into Lewis’s lengthy articles. So here’s the abridged Cliff Notes version.

In 1862, in the middle of the Civil War, President Lincoln created the U.S.D.A. after deciding that farming should be more efficient. If less people were needed to run the farm, those who were freed from the plough could do other useful things. As a result, we’re no longer an agrarian-based society even though we have oodles more mouths to feed. Today the average American farmer feeds 155 other people, as opposed to 4 in 1872. Milk production is way up, too. Today’s average cow produces 23,000 pounds of milk, up from 5,300 pounds in 1950. That’s progress. It’s also science.

So of course Michael Lewis wanted to talk to the agency’s Chief Scientist. There wasn’t a new one yet, but Dr. Cathie Woteki had held the job during the last six years of the Obama administration. In graduate school, she’d switched out of biochemistry because her male professors told her she was a poor investment (she’d have babies and drop out!) and refused to give her any assistantships. She switched to Human Nutrition and found herself in an unexpected but rewarding career path. She told Lewis that the effects of Climate Change were the #1 issue driving much of her department’s research. “Changing temperatures and changing rainfall patterns will force changes in the way crops are grown and livestock are raised,” she said. How strange, then, that when the Trump transition team arrived (late, about a month after the election), they instructed the staff to stop using the term “climate change.” Then again, they never bothered to interview the departing Dr. Woteki–Chief Scientist–to find out what she knew or what her concerns were.

“There is already good science that isn’t being funded,” she said. “That will get worse.” Junk science will be used to muddy issues like childhood nutrition. Maybe sodium isn’t as bad for kids as people say! There’s no such thing as too much sugar! The science will suddenly be “unclear.” There will no longer be truth and falsehood. There will just be stories, with two sides to them.–Michael Lewis, in Made in the U.S.D.A. for Vanity Fair.

Speaking of childhood nutrition, the U.S.D.A. oversees and subsidizes the School Lunch Program. That’s a big deal, because it affects 30 million American kids. In his first week in office, the new Secretary of Agriculture (Sonny Perdue, a former Georgia governor) announced that schools no longer had to meet the nutritional standards the Obama administration had pushed through. As Lewis put it, the new standards required schools to “behave more like responsible parents than indifferent ones.” More fruits and veggies, less sodium, no artificially-sweetened whole milk, etc. Given that we have an obesity problem in this country, Perdue’s decision to reverse course doesn’t make much sense. But no doubt it’s made the dairy and snack-food industries much happier. According to Kevin Concannon, the former head of the School Lunch Program, “Ninety-eight percent of the schools were meeting the new standards,” and they’d told the others, “we’ll work with you!”

Before he was hired by the U.S.D.A., Concannon was so good at his job that governors of three states had hired him. He could have made big bucks as a lobbyist for the food or drug industries, but he liked helping people in need, and accumulating wealth wasn’t that important to him. Once upon a time, his Irish immigrant parents were struggling with a terrible burden. One of their seven children had a serious illness. Then, out of the blue, two social workers from the Veterans Administration knocked on their door. The “angels” counseled the parents and put their son on a new medication. It helped a lot. The family’s life changed immeasurably for the better.

Concannon wasn’t just in charge of the School Lunch Program. His department spent $70 billion of the agency’s $164 billion budget on the food-stamps program. Now I’ve probably got your attention. Here’s what Lewis found out:

Eighty-seven percent of that money goes to households with children, the disabled, and elderly. “The idea that we are going to put these people to work is nonsense,” said Concannon. Able-bodies adults on food stamps are required to work, or attend job training, for at least 20 hours a week. . .The problem with the program is not that people are cheating it. The problem with the program is that people who should be on it are not.

Food stamps are no longer stamps, they’re cards with pin numbers. They say it’s drastically reduced fraud. All I know is $70 billion implies a lot of human need. What will happen to these people if there’s a big budget cut? Right now private food banks dole out only $8 billion of food. Could they possibly make up the difference?

So far I’ve touched on only three of the seven departments. They all do important work, but I’m going to wrap this up by telling you about two more.

Food Safety. The agency is responsible for inspecting all the meat people eat, which includes birds. Looking to the future, Dr. Woteki is concerned about the speed of the poultry-slaughter lines. Nine billion birds every year. Right now it’s 140 birds a minute. That’s a lot, particularly since an inspector is supposed to examine each bird for defects. The problem is that the industry would like to increase the speed. Lewis explains:

What she fears isn’t so much the bad intentions of the people who fill the jobs she once did. She fears their seeming commitment to scientific ignorance. No big chicken company wants to poison a bunch of children with salmonella. But if you speed up the slaughter lines, you need to make the new speed safe.

In other words, ignorance is bliss until something goes wrong. When Lewis was finishing his research at the end of the summer, only the new Secretary was in place. The Administration had yet to fill the other 13 top positions.

Rural Development. The former undersecretary is a native Texan who grew up poor in a Republican-leaning family, in a little town not all that far from where I live. Lillian Salerno attended UT on a grant. Long story short, people she knew started dying of AIDS in the late 80s. Part of the problem, she learned, was that nurses were afraid to treat them. She came up with the idea of a retractable needle and hired an engineer to design it. She started a successful manufacturing plant in her home town, but a big competitor tried to drive her out of business by pressuring hospital companies to buy their inferior needle. It kind of back-fired; she won a big settlement. At the U.S.D.A., “Her department ran the $220 billion bank that serviced the poorest of the poor in rural America,” Lewis reported. A bank inside the department? Yes, and it gives out low interest rate loans and a few grants, mainly in towns with fewer than 50,000 people. Money for fire stations. Drinking water for rural Alaska, which wouldn’t have any otherwise. Many of the towns and people who receive these loans don’t know the federal government is behind them because the money is often funneled through local banks.

So here’s Salerno’s biggest concern. The Rural Development department she ran was just eliminated by the Trump administration. The reason is because they split the farming department in half, which meant something had to go because the rules state the agency can’t have more than 7 departments. She told Lewis:

“I am absolutely convinced about one thing: there are conversations going on right now in New York and Washington between people in the Trump administration and Wall Street bankers about how to get their hands on the bank portfolio. Folks in banking: I’m sure they are nice people–they just can’t help themselves.”

As I try to digest everything I learned from Michael Lewis, in particular this concern over a bank that makes $30 billion in loans or grants to the poor every year (“Some of the communities in the South, the only checks going in are government checks,” Salerno said, but they were almost always repaid), I can’t help but think of something Obama said in his final State of the Union address. “Food stamp recipients didn’t cause the financial crisis. Recklessness on Wall Street did.”

I haven’t begun to do justice to Michael Lewis’s two articles. If you can find the time, please read them for yourself. Here’s a link to the latest, where you can meet up with a few more good men: